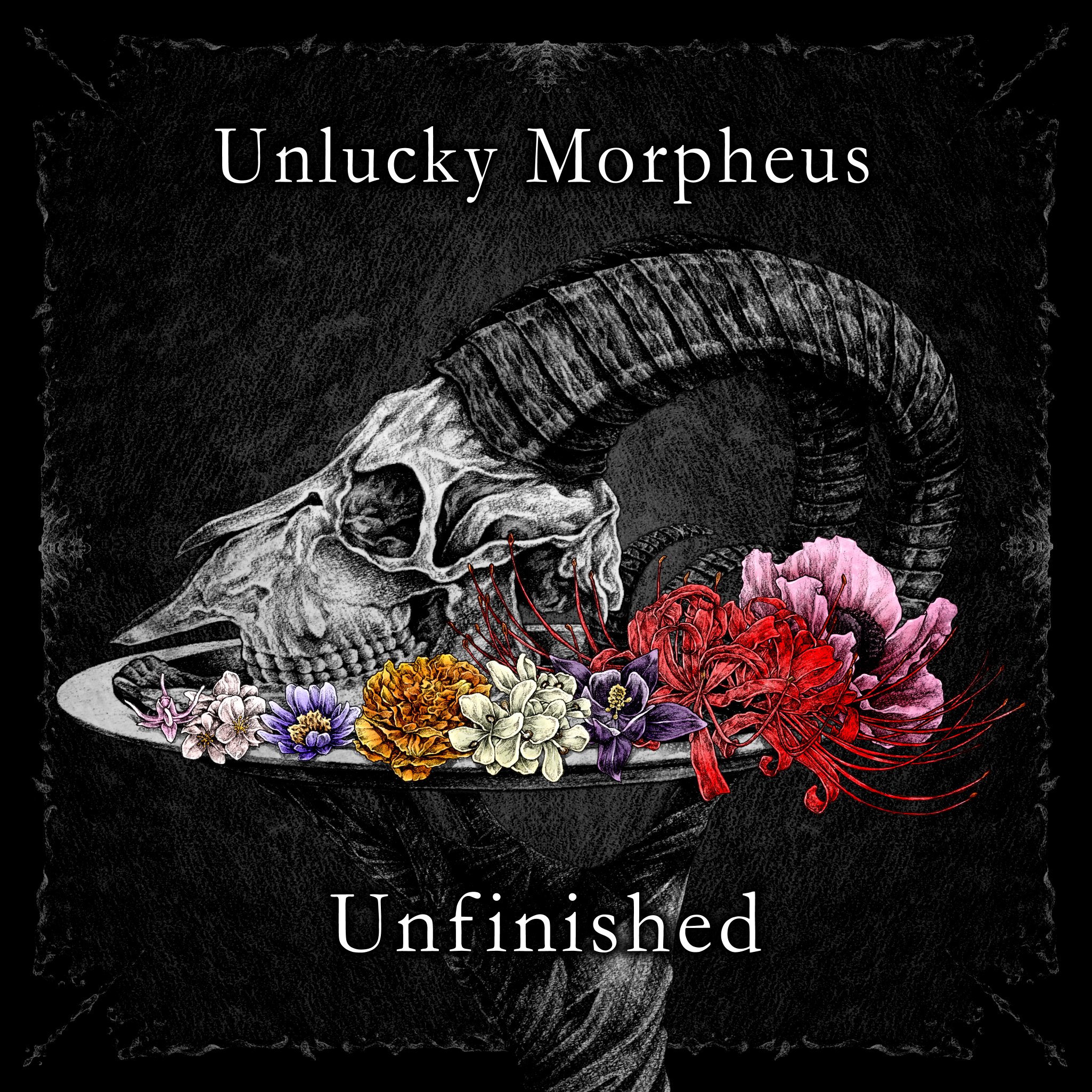 Hot on the heels of their Takiyasha Hime single which released at the end of April, Unlucky Morpheus announced that they will be dropping a new full album on July 29th. Titled Unfinished,  it will be the band’s first full length album of original material since CHANGE OF GENERATION, which was released in 2018. The album cover features artwork by Ogiatsu, who has illustrated the cover art for the majority of the band’s releases.

An album preview is available on their YouTube channel. It seems like this group always likes to throw in a surprise – on the final track, “Carry on singing to the sky”, Fuki sings in English!

Also of note, the song “籠の鳥” (Caged Bird), which was used in an MV collaboration with 3D animator Deino, will be on the album.

The CD is available for pre-order at DiskUnion (proxy shipping service required) –> pre-order link
As a pre-order bonus DiskUnion is offering a CD-R containing a karaoke version of the album. 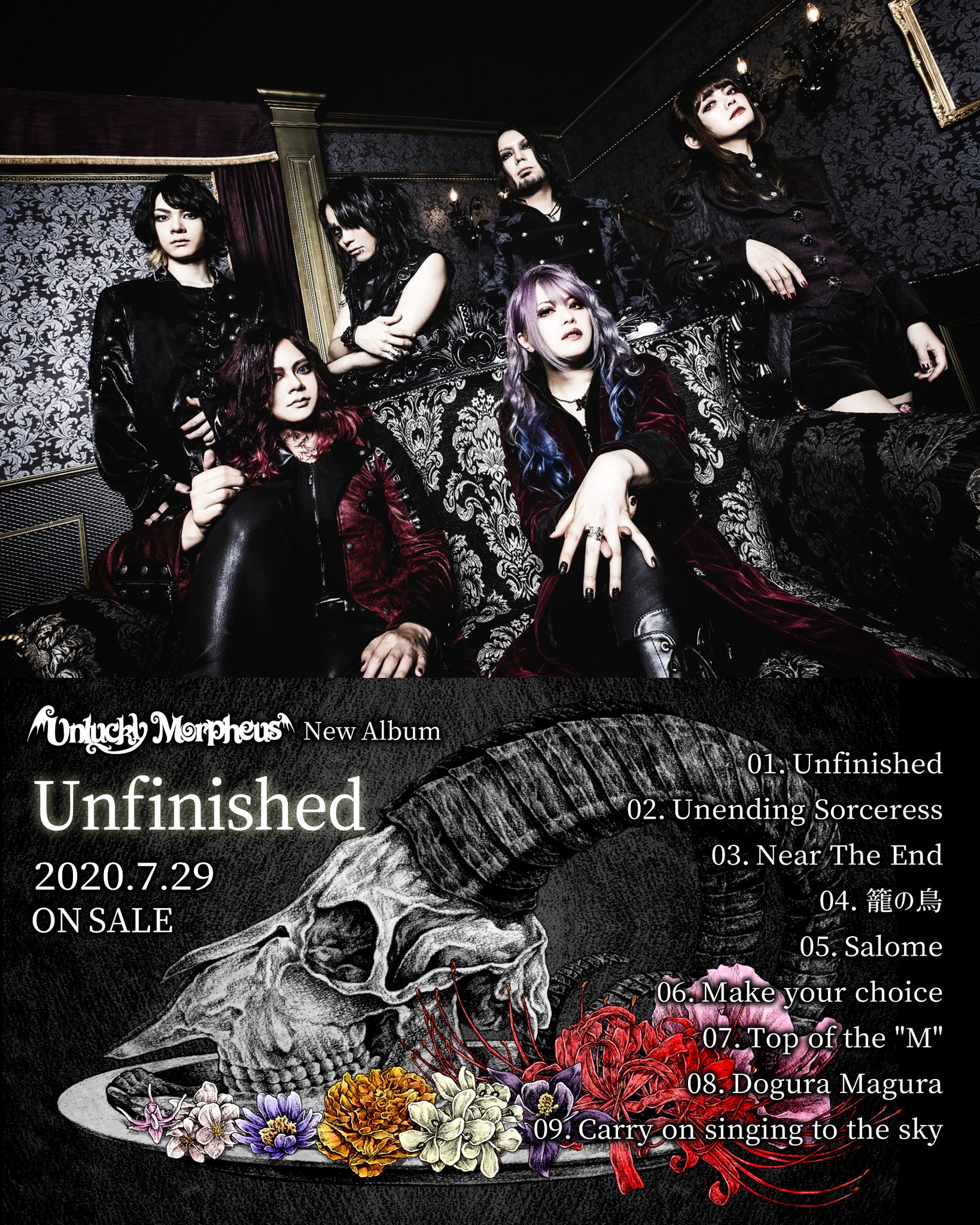 Unlucky Morpheus will stream their Lunatic East 2019 TOUR FINAL  performance on 5/31 at 8 am EDT via their official YouTube channel. This live performance was released on Blu-ray in March of this year, so […]

The staff at Unijolt share their favorite and noteworthy MVs from 2019. Todd’s picks: “KIZASI” VR Version by Unlucky MorpheusOne thing I love about this band is how they are not afraid to take chances. […]