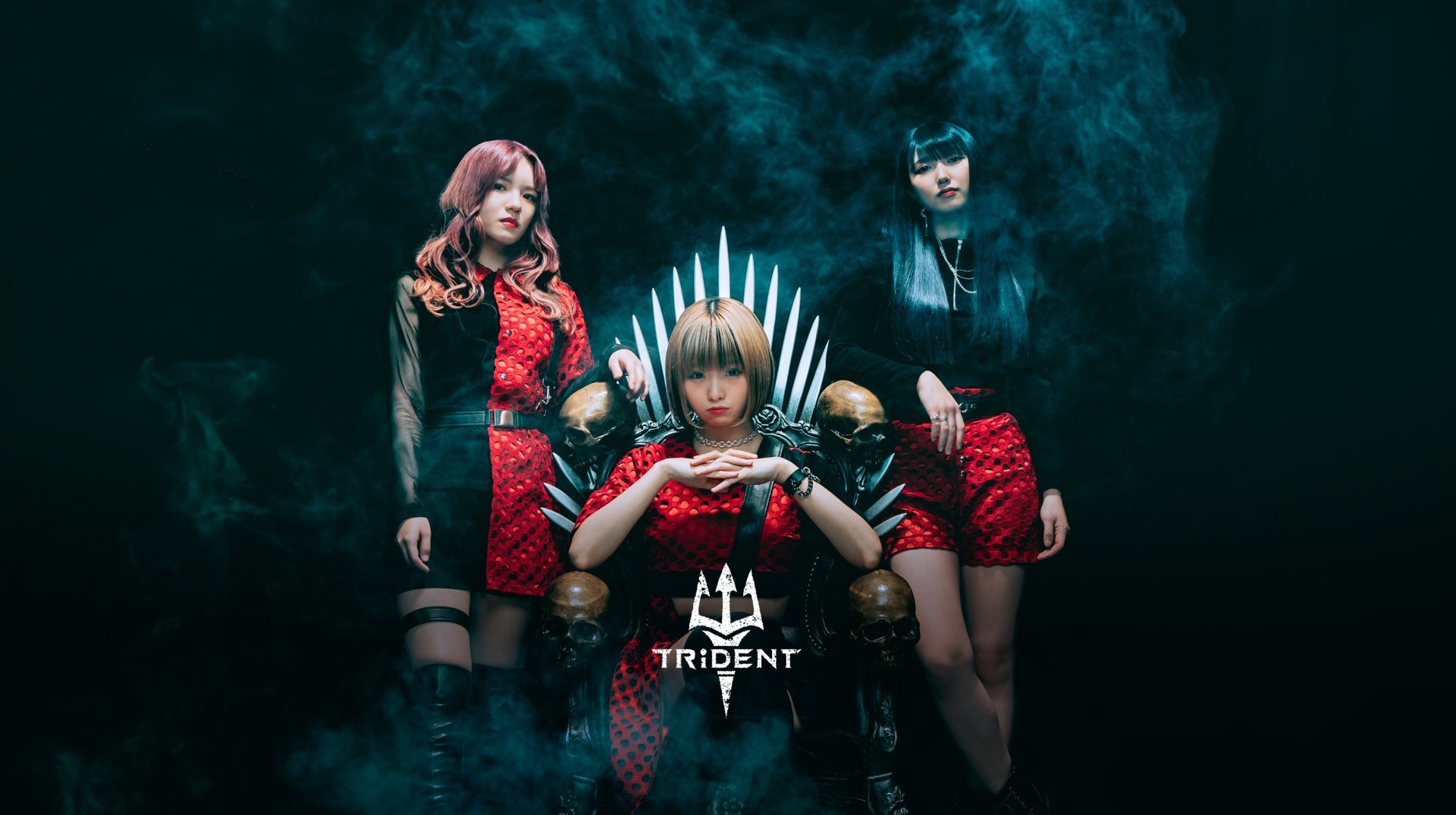 Rock trio TRiDENT have announced the album, ADVANCE GENERATION, will be released on March 17th. This will be the band’s first full length album under the name TRiDENT, the group was formerly known as Girls Rock Band Kakumei, and this will also be the first full album since drummer NAGISA joined. A track list has not yet been revealed, but the album will contain 12 songs, including the YouTube hit “Continue”.

The album is currently available for pre-order at Tower Records and Disk Union.

In addition, TRiDENT will be embarking on a one-man tour to commemorate the release. The tour has 5 stops, kicking off on March 28th in Osaka and ending April 28th in Tokyo. 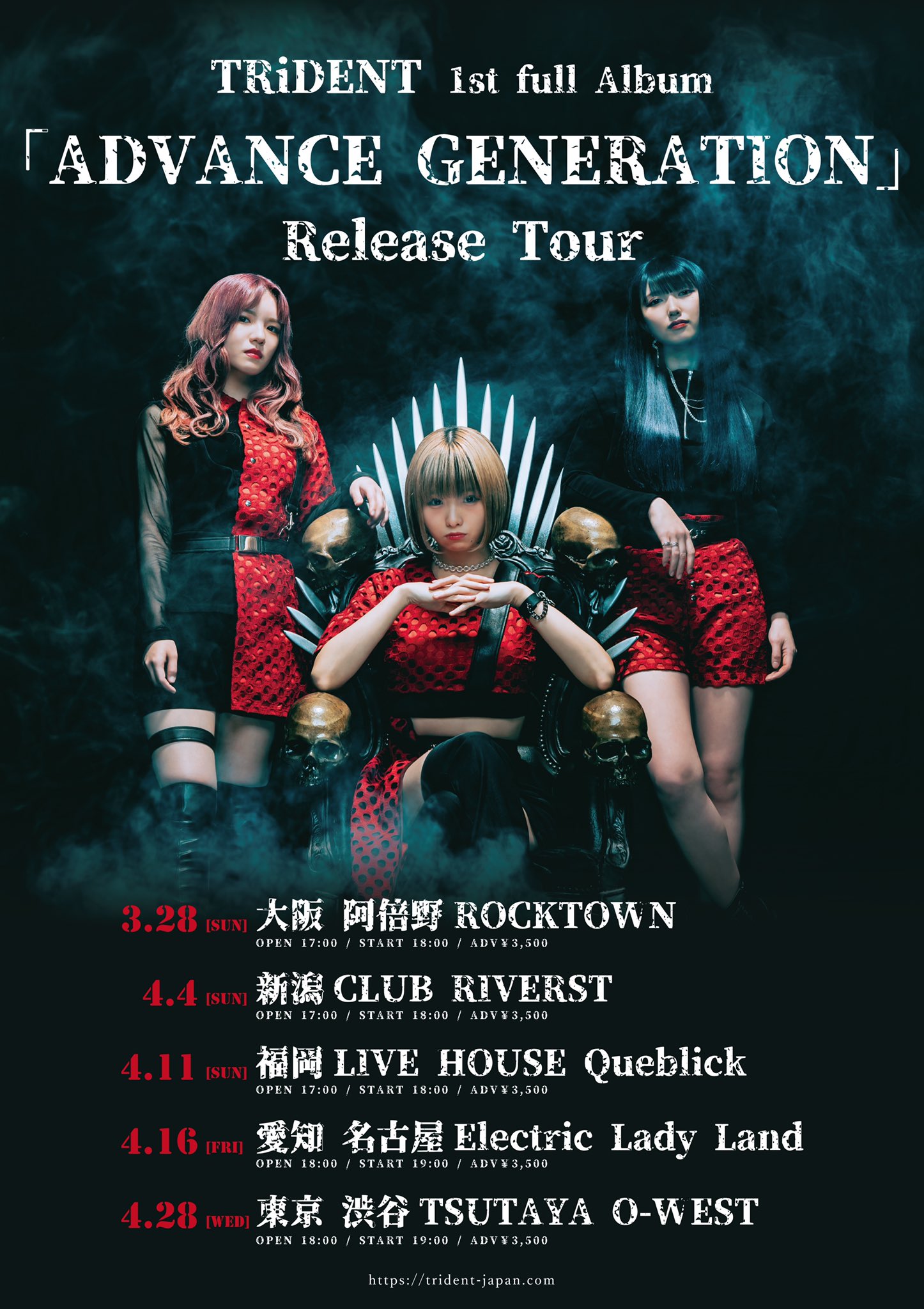