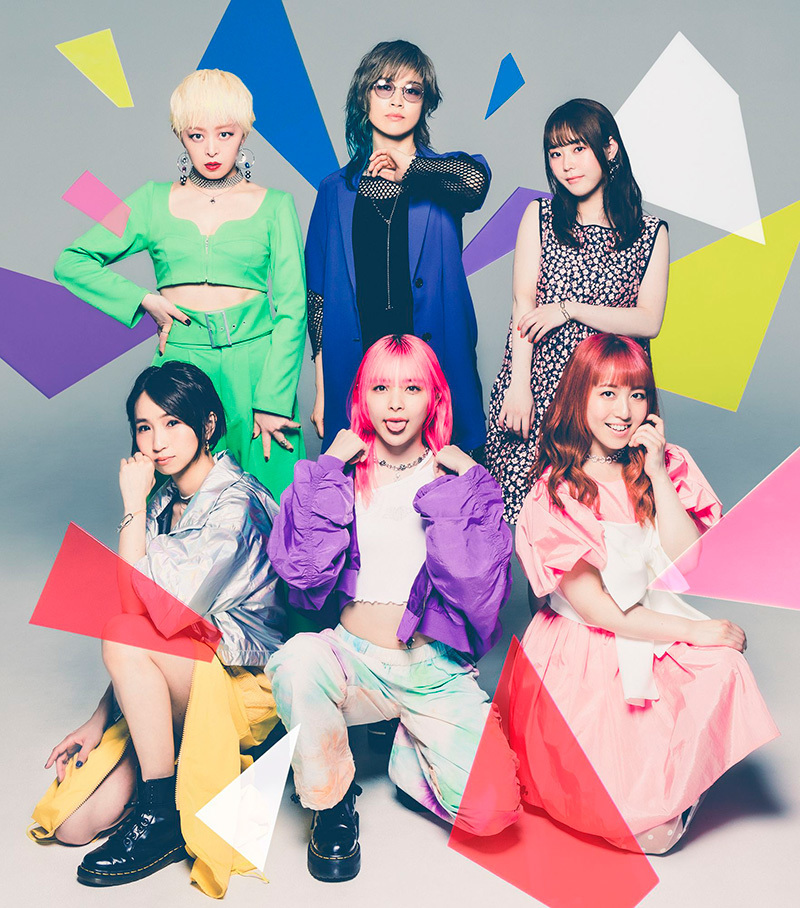 Rock band Gacharic Spin will release the album, Gacharic Spin, on September 8th. This will be the band’s 5th original album under Victor Entertainment, and their first album to be self-produced. A complete listing of tracks has not been revealed, but “Dear”, and the recent MV “MindSet”, will be two songs on the album. There are a number of editions, pre-order bonuses, and store perks for the album. We breakdown all the details below.

In addition to the album CD, a DVD containing 10 songs from the band’s 11th Anniversary Live concert performance in October 2020 will be included.

In addition to the album CD, a DVD containing MVs for “MindSet” and 2 other songs, as will as making of footage will be included.

Single CD of the album

Pre-order Bonus
From most online outlets a special bonus CD will be included for any pre-orders made from now thru July 25th. The CD will contain the audio of 3 songs from the band’s 11th anniversary live. These 3 songs are not on the Limited Edition A DVD.

*Note: CD Japan does not mention the bonus CD so it is unknown if ordering from there will include it.

Store Exclusives
Tower Records Streaming Live Event – online purchases made thru September 23rd will be able to view a special no audience live stream performance to be held September 25th at 14:00 Japan time. An archive of the performance will be available thru October 1st.
Details: https://tower.jp/article/feature_item/2021/06/19/0701

Victor Online Store Internet Autograph Session – Thru July 25th the album can be purchased at the Victor Online Store with the option of getting the album personally signed by the member of your choice. The autograph session will be broadcast Saturday, July 31st 14:00 Japan Time on YouTube. In addition to the autograph, an additional custom CD jacket of the band member will be included. A physical Japanese mailing address is required for this purchase option so a shipping service such as Tenso will be required.
Details:  https://victor-store.jp/item_list.php?keyword=Gacharic+Spin

Our first article for Zettai Club is the release of their rerecording of their 2017 EP, Kirifuda! They are a quintet of musicians who boast “absolute sound and absolute cheekiness” which both come through on […]

Unlucky Morpheus has announced that a four member project – QUADRATUM, will release the instrumental album, “Loud Playing Workshop”, on January 27th 2021. Composed of Jinya, Jill, Hiroyuki Ogawa and FUMIYA, the project’s release will […]