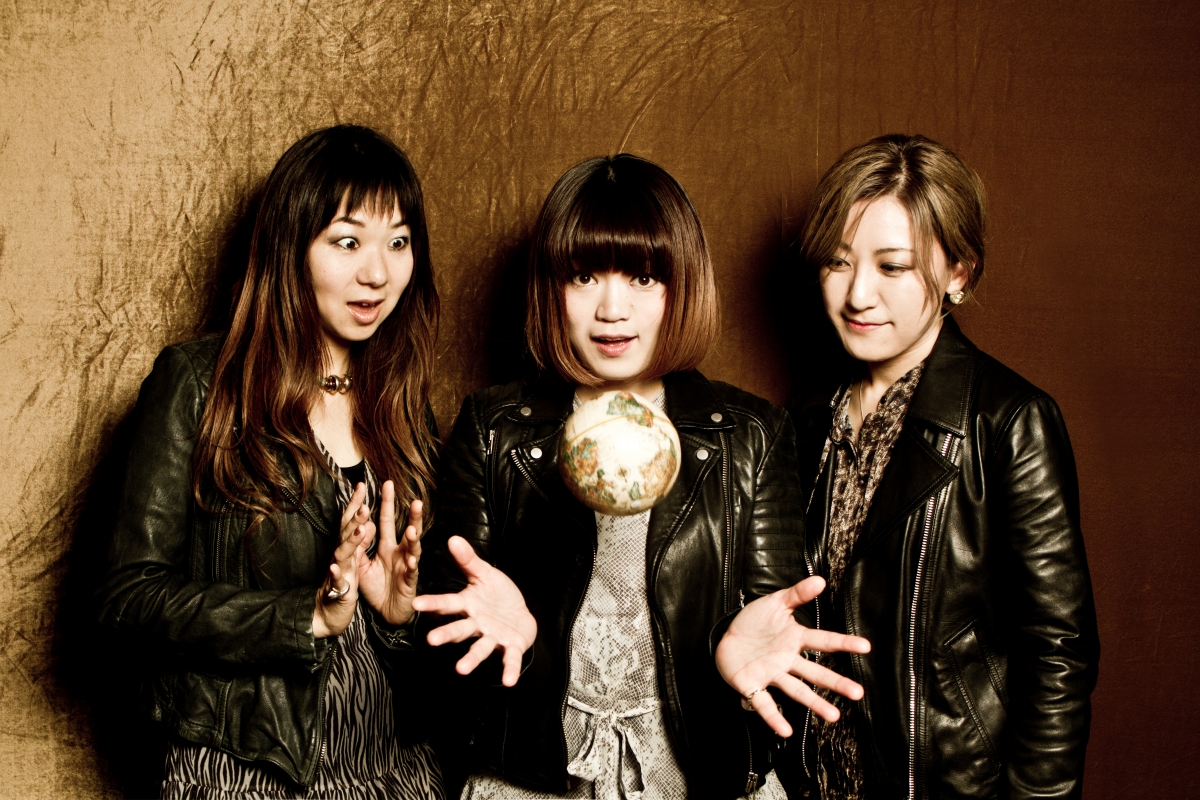 If you’re into the Japanese rock scene and haven’t heard of TsuShiMaMiRe, we don’t know what to tell you. Made up of vocalist/guitarist Mari, bassist Yayoi, and drummer Maiko, this all-female punk rock trio has 15 albums and over 160 original songs to their name and have played nearly 1800 shows around the world. As of this writing, they are on their 16th U.S. tour!

We caught up with them in Chapel Hill, North Carolina on their 20th Anniversary tour.

Congratulations on TsuShiMaMiRe turning 20 this year.

Did you have a coming of age ceremony?*

Although Yayoi and Mari have been playing together for the past 20 years, Maiko became a full time member in 2017. Was Maiko an acquaintance of the band before joining?

Yayoi: No, we didn’t know each other.

How did you find her for the band then?

Mari: A recording engineer that we know said “I know a girl with some free time.”

Mari: Not only free, of course. They said they knew someone who was free and could play just about anything.

Yayoi: And who was around the same age and similar personality to us.

Mari: So, we had them introduce us.

Maiko-san, at that time you weren’t playing in any band?

Maiko: Well, my previous band was winding down around that time and I was becoming more available to play.

Since Maiko joined the band, you have released three CDs.  This year’s Mamire Mania 20 was a compilation album with two new songs, and your 2017 and 2018 releases were all new songs.  Did you already have the 2017 New album planned prior to Maiko joining?

Yayoi: We had already been working on the songs, but after Maiko joined, we worked together and incorporated her ideas.

It seems that she joined just three months before recording New.

Mari: Yes, soon after she joined, we had her recording and playing out and recording again. We kept her busy. (Laughing)

For Mamire Mania 20, did you also rearrange all of the songs with Maiko?

Mari: No, just the new songs, “The Payday” and “Absolutely OK.”

Maiko, what is your favorite song to play that was written before you joined the band?

Yayoi and Mari: what are your favorite songs to play that Maiko has helped write?

Mari: Yeah, “Night Rider” or “Karipaku.” Although we all worked together on New and Maiko helped rearrange the songs, 2018’s Night and Morning is where you can really start to hear Maiko’s sound.

This is TsuShiMaMiRe’s 16th time touring the U.S., with your first time performing here all the way back in 2004. Maiko – had you performed in the U.S. before joining TsuShiMaMiRe?

Maiko: No, actually I had never been on tour outside of Japan.

Mari: It was 2018, but before that she toured with us in Europe.

TsuShiMaMiRe is known to keep a very busy schedule on the road in the U.S., playing a new city and even new state nearly every night. How do you keep the pace going?

Yayoi: For me, seeing many fans come out to see us play makes me very happy and drives me.

Mari: Yeah, we all love that. Also, after we finish playing, we get to drink good beer.

So everyone here is a beer drinker?

Yayoi: We have some whiskey drinkers too. But, after a show, we like to drink beer.

Mari: When it’s possible, I like to try good local beers. Like, pale ale, especially on draft!

Since you’ve been to the U.S. many times, you probably know American audiences very well. Do your American fans seem to respond to the same songs as your Japanese fans, or are different songs popular here?

Mari: Hmm. I guess they are about the same? Well, if we knew that, it would be a lot easier to come up with our set lists!

Mari: What do you think?

Yayoi: Yeah, I guess they are pretty similar.

Mari: From our American fans, sometimes it’s easy to know what they want, like someone will suddenly yell out “Play ‘Ebihara Shinji!'”

After the tour is finished, do you have any special plans in the USA? Or do you have to leave right away?

Mari: We’ll have to go right back.

Yayoi: Only I’ll stick around for a couple days.

Mari: Sometimes we get in a bit of sightseeing in as we’re touring. On our last tour, for example, when we went to Red Rocks, we all did a boat tour. 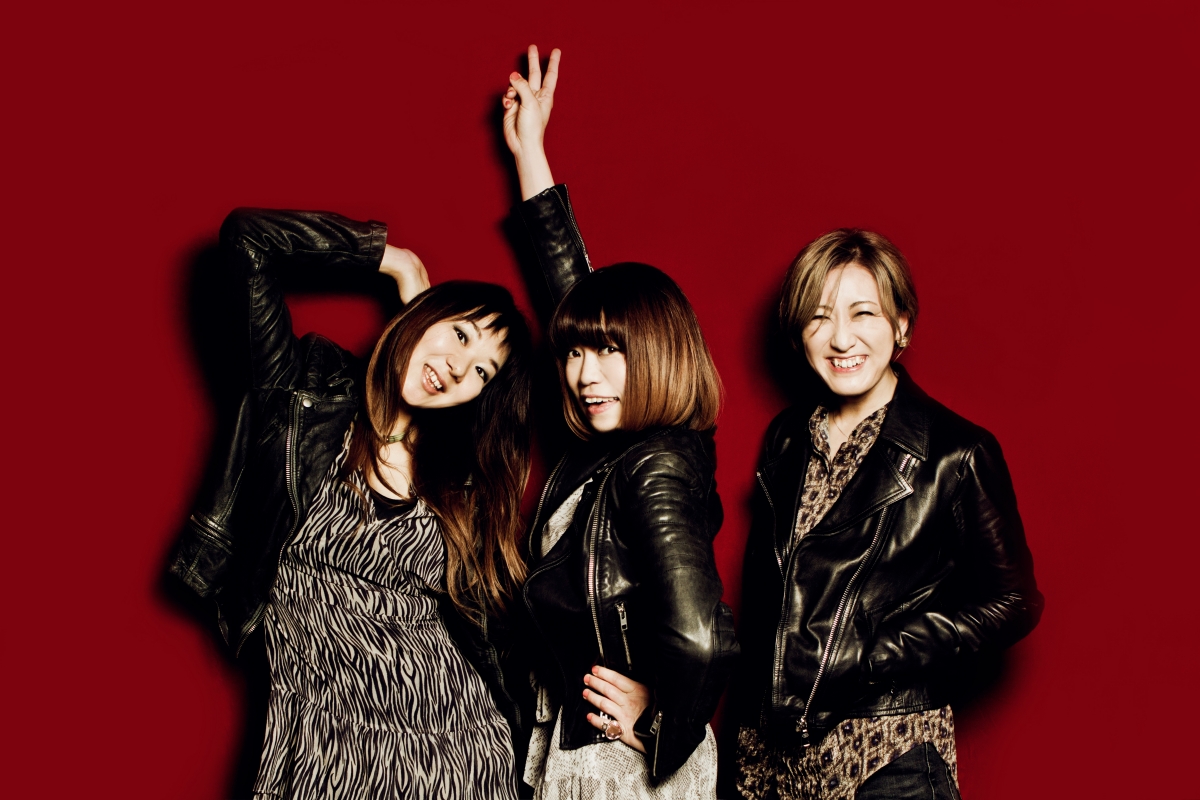 Recently, Japanese Girls Bands are quite popular, bands like SCANDAL, Silent Siren, Band-Maid, etc. What was the scene like for you starting out in 1999? Do you think it’s harder or easier for girls bands today?

Mari: Were girls bands more or less popular at that time? There were already some pretty popular bands, like Shonen Knife. The indies scene at that time had several girls bands, like Bleach, who we toured with. I think that also helped early on. But these other bands that were mentioned are kind of a different scene from ours, so I don’t know if it’s comparable in that way.

You said before that some people call your music punk, others call it alternative, and so on, but your music doesn’t seem to be just one of those things. Do you think that you’re kind of making your own genre?

Mari: Well, I think we’re Punk Rock. Some listeners may say “this is punk,” “this is psychedelic,” or “this is rock,” and that’s fine too. But, most people just call it punk, and that’s good for me.

In Japan, is there any special venue that you dream to play at one day?

Mari: In Japan? Budokan. But of course that can be tough.

You often introduce yourselves as “TsuShiMaMiRe from Tokyo Japan,” but didn’t you really start in Chiba?

Mari: Well, I’m the only member born in Chiba. And, I think the other members don’t consider us a Chiba band. We’re based out of Tokyo. And, if we said “We’re from Chiba” how many people outside of Japan would know that place? So, we think it’s best to say Tokyo. Only in San Antonio did we ever properly write “TsuShiMaMiRe, from Chiba.”

Related question: In America, we sometimes have different regional sounds. For example Seattle in the 90s was the birth of “grunge.” Do you feel like Japan has regional sounds, such as a Tokyo sound or an Osaka sound?

Mari: It’s a little difficult to say. I can’t speak for other scenes, but indies isn’t that way.

Yayoi: A long time ago it was probably like that.

Maiko: I think it’s more related to which live houses you play at. Usually a live house will cater to a certain music scene.

Mari, you have said in the past that you want to sing truthful songs about girls’ life. Many of TsuShiMaMiRe’s songs, such as “Pregant Fantasy” or “Manhole,” and maybe even “Tea Time Ska,” touch on difficult or dark topics.

Mari: Well, there’s nothing like that in “Tea Time Ska.”

For the songs that do touch on difficult topics, where do you draw the inspiration for the lyrics? From personal events, other women’s stories, out of thin air, or a combination of those things?

Mari: It’s a mix of all of those things. My own experiences, the experiences of Yayoi and Maiko, etc. Our shared experiences also often go into our music.

Can you talk about your songwriting process? Is Mari the main songwriter?

Do you typically come up with music parts, such as melody first? Or lyrics?

Mari: Both of those things. Sometimes Yayoi will come up with a phrase that we build off of, or I will bring an idea for a song. Maiko may say, “I’d like to play something like this,” and so on.

For 2020, do you have another album planned?

Yayoi: We haven’t settled on anything exactly yet, but we’ve started working on it.

How about another U.S. or European tour?

Mari: We definitely want to go.

Yayoi: We don’t have any details yet, but we’d like to tour both America and Europe again next year.

Are there any countries that you haven’t toured that you would like to visit in 2020 or beyond? In the past you’ve said that you want to go to Australia and Colombia, have you gone to either country yet?

Yayoi: Not yet, but we want to go.

Is there a country that you most want to go to next?

Yayoi: Now? Mexico would be nice.

Only Ireland, or the UK as well?

Mari: Well, we’ve been to England before, but not Ireland.  I’d like to go there and drink Guinness!

What’s one of the most surprising things that’s you’ve experienced touring in the U.S.?

Mari: Well, there are many surprising things.

Yayoi: The bathrooms. Someone will suddenly open the door on you.

Mari: Yes, and some of the bathrooms here are HUGE. But sometimes with only one toilet. Some have no doors…

That probably is really different from Japan.

Lastly I know your road manager usually drives the van, but rumor has it some band members like to drive as well.

Yayoi: I’m the other driver!

Do you do a lot of the driving?

Great, thank you all for your time and have a great show tonight!

Music and merch can also be purchased directly from the band here: https://tsushimamire.com/en/shop/

*This is a bit of humor with the band because 20 is the age of adulthood in Japan and there is a ceremony every year in January to celebrate.